Whether you operate a Compost Site, Green Waste yard or make Biomass Fuel, the Stonefex can handle all your materials. Removing rock from screened C&D Waste is also easy to do and reduces Landfill disposal costs. 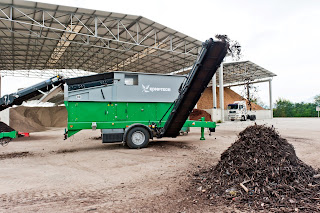 The Stonefex effectively removes nearly 100% of rock and stone as well a large majority of lightweight inert materials. The larger the stone and greater the difference in density of materials, the more effective the Stonefex is on separation. Stone as small as ½” can be separated from woody materials.

The Stonefex is powered by a Perkins driven 30kw Generator which uses about 1.5 gallons of diesel fuel per hour. The single axle trailer is easily maneuvered and the front jacking leg makes it easy to adjust underneath a conveyor. Forced air is used to separate the lighter fraction from the heavier materials. The operation is totally adjustable. All functions are variable speed. It simultaneously removes the plastic and paper from the lighter particles while in suspension, as the rock and stone are dropped out. The heavier fraction is funneled to a side discharge conveyor while the wood slides to a secondary discharge conveyor. By adjusting the forced air volume, infeed conveyor speed and the suction fan, the rock can be separated from wood at up to 100 yards per hour of input feedstock. The more consistent the feedstock and the more consistent the infeed of materials, the more accurate the separation. The fines must be removed from the feedstock prior to the Stonefex but a discharge conveyor from most any screener can be used to feed the Stonefex.

The Stonefex is a must for those desiring a quality end product and is an inexpensive addition to operations which will receive a better return on their materials for a relatively small investment.

Posted by GrinderGuy at 8:12 PM 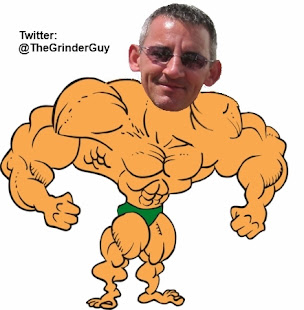